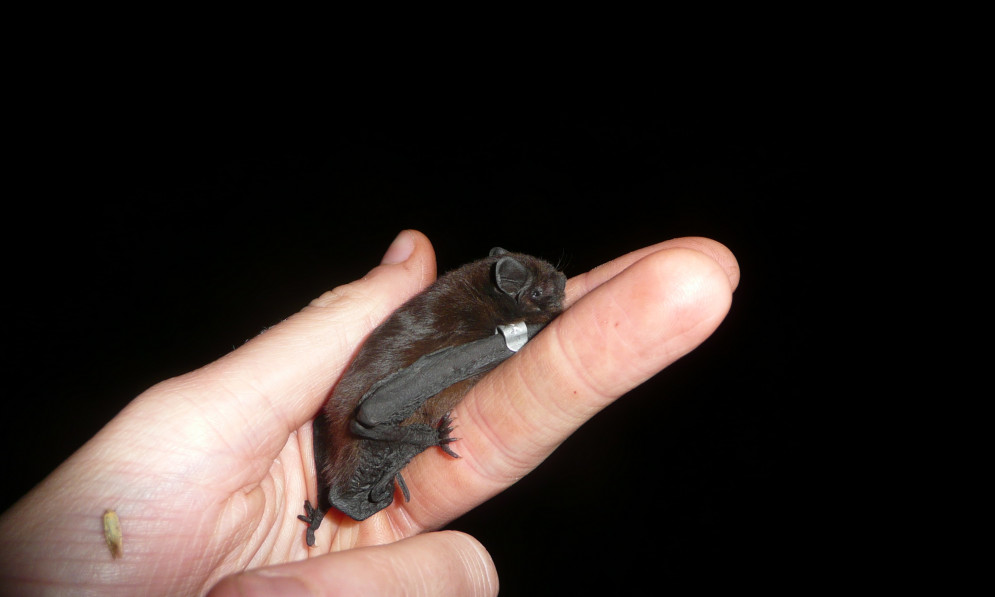 Forest & Bird has secured funding for a three-year project to learn more about critically endangered long-tailed bats in the top of the South Island. By Caroline Wood.

It’s 7pm and it’s getting dark on the forested banks of the Buller River, in sleepy Murchison. We are sitting on rocks holding Batbox bat detectors that can pick up impossiblefor-humans-to-hear bat calls and transform them into a series of clicks as the bat flies in and out of range. A series of these audible clicks is defined as a “bat pass”.

This should be good bat country according to Debs Martin, former coordinator for Forest & Bird’s Bat Recovery Project. Debs shows us how to use the detectors, angling them towards where the bats are likely to fly along the forest edge by the river looking for insects to snack on.

Sadly, there were no bat passes for those of us who had gathered by the banks of the river in early summer in the hope of observing our first native bat in its natural habitat. We failed to see or even hear a single one during the evening. Maybe there are roosts in the nearby forests, and we were unlucky in not seeing their tiny occupants. Or perhaps the bats are locally extinct, another victim of New Zealand’s introduced predators – the rats, stoats, cats, possums, and wasps who come to feast on the adults and young pups defenceless in their roosts each breeding season.

For 10 years, Forest & Bird has been leading work on the conservation of critically endangered long-tailed bats in the top of the South Island. In 2008, we employed Dr Brian Lloyd to look for significant bat populations, and he spent five years surveying Marlborough, Nelson, Tasman, and the West Coast. Despite checking many places, he found only three sites with reasonable numbers of long-tailed bats – one on D’Urville Island, another near the Mokihinui River, and a third at Pelorus Bridge/Titiraukawa, a 200ha scenic reserve in Marlborough, which became home to Forest & Bird’s Bat Recovery Project.

Bats are New Zealand’s only native land mammal. There are two species – the short-tailed and the long-tailed bat – neither of which is found anywhere else in the world. Both are as threatened as kiwi, locally extinct in parts of both the North and South Islands, and yet they don’t get anywhere near as much protection, resources, or research as some of our more charismatic species. 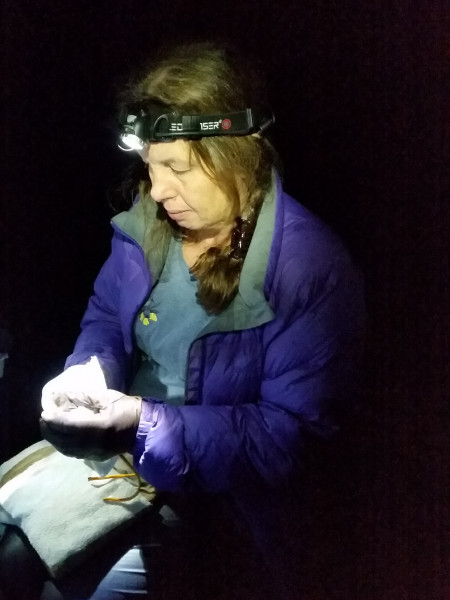 Bat expert Gillian Dennis, project manager of Forest & Bird’s Bat Recovery Project, says: “New Zealand’s bats are in big trouble, they get very little attention despite the many threats they face. They are fascinating creatures, but many New Zealanders may not even be aware we have bats, because they are small, silent to our ears, nocturnal, and often live in remote places. “The Pelorus/Te Hoiere catchment, in particular, is significant because the long-tailed bats there are living in a fragmented landscape. They don’t have the protection of big, healthy forested areas under long-term, large-scale predator control like in Fiordland, where the southern subspecies of short-tailed bats is recovering.”

At the end of last year, Forest & Bird’s Bat Recovery Project secured $60,000 of funding from the Department of Conservation, which will be used along with $20,000 from the Rātā Foundation for a three-year long-tailed bat monitoring project at Pelorus. Gillian Dennis and her team of community volunteers will study how long-tailed bats breed and survive in a fragmented landscape surrounded by forests that aren’t under sustained predator control.

In healthy forests under proper predator control – for example, in parts of Fiordland and the Pureora Forest – long-tailed bat colonies may have more than 100 members. But in other places under pressure from predators, colony sizes will be a lot smaller, perhaps down to single figures.

Forest & Bird’s bat recovery volunteers will help Gillian catch the adults and juveniles away from their roosts and attach tiny radio tracking devices to them so they can find out where they are roosting. Locating roosts will help the project’s volunteers know where to do more predator control.

The study also hopes to reveal the composition and size of the Pelorus population, whether the young are growing up and remaining nearby, whether there is a sex bias, and whether the population is viable long term.

Monitoring will begin in December or early January next year once the bat pups are old enough to fly.

Yon can find out more and make a donation through our GiveaLittle page. 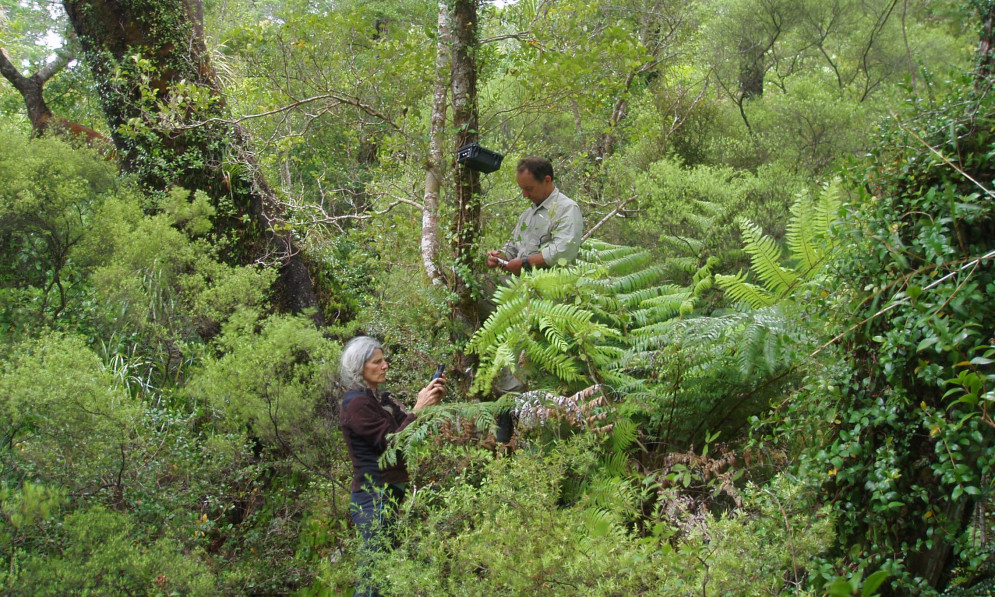 There used to be a population of short-tailed bats at Oparara on the West Coast, but Brian Lloyd’s survey for Forest & Bird found the numbers were close to zero, suggesting the population had become locally extinct. Before the survey, there hadn’t been any long-term, large-scale predator control in the area.

The picture is different in areas of sustained largescale predator control, where the short-tailed bat is recovering. The southern short-tailed bat (one of three subspecies) was recently moved from “threatened” to “recovering” ranking thanks to DOC’s sustained control of rats, possums, and stoats in its last mainland habitat. The numbers have steadily grown from 300 to more than 3000 in the Eglinton Valley, Fiordland National Park, since predator control began more than a decade ago.

Things aren’t so great for New Zealand’s long-tailed bats, which are particularly vulnerable in the North Island, where their roosts are being lost to economic development, such as new roads and housing, as well as uncontrolled predators. Previously, the North Island long-tailed bat was assessed separately as being in a lower threat category than their South Island counterparts, but new genetic research has confirmed they are the same species. They are now grouped together in the highest threat category of “nationally critical”.

A report on the conservation status of New Zealand bats, released by DOC in March, updates the last review in 2012. It confirms that, where bat forest habitat is safe and predators are suppressed, our only native land mammals can recover.

“Yet in many areas, populations of both bat species continue to decline because of the threat of rats, stoats, possums, and cats, and clearance of lowland forest and large old trees where bats roost,” commented Eugenie Sage, Minister of Conservation.