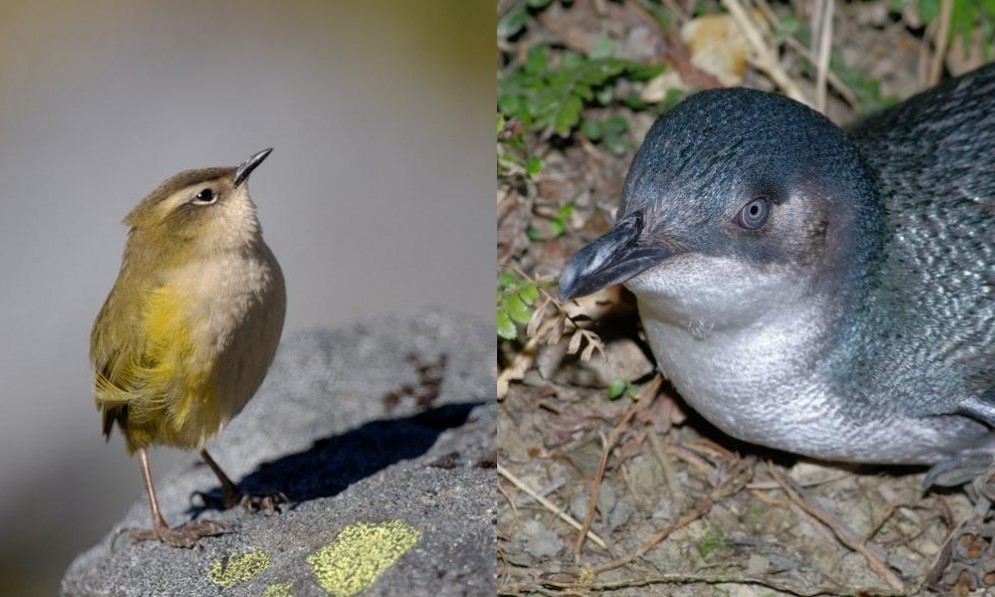 The battle for Bird of the Year is stretching from the highest mountaintops down to the oceans, as the alpine-dwelling pīwauwau and fush-munching kororā compete for the number one spot.

Forest & Bird has released the preliminary top five, as at 3pm today:

The race is incredibly tight, with the kororā actually receiving more number one votes (1833) than the pīwauwau (1515). But once preferences are allocated as per the STV (single transferable vote) system, the pīwauwau is currently rocking the lead.

More than 31,000 verified votes have been cast in the election so far.

The pīwauwau, or rock wren, is a tiny olive-coloured bird that spends its entire life above the treeline, on the rocky scree slopes of the Southern Alps. Pīwauwau are classified as nationally endangered and are one of 21 underbirds competing in Bird of the Year 2022. Rock wrens are threatened by introduced predators like stoats and rats, which are encroaching more and more on these teeny birds' homes due to warmer temperatures.

“It’s awesome to see so many people turn out to support our native birds,” says Bird of the Year spokes-human Ellen Rykers.

“The memes have been immaculate. Some campaigners have branched out into rapping, artworks, and even hitting the streets in bird costumes to drum up support. We love seeing the creativity of New Zealanders in response to Bird of the Year – from educational animations to roleplaying games.

“We wish all the avian candidates – and their human campaigners – the very best for these final few days of New Zealand’s favourite election.”

Voting for Bird of the Year, via the www.birdoftheyear.org.nz website, closes at 5pm on Sunday 30 October. The winner will be announced on the morning of Monday 31 October.