In a year that New Zealanders coped with natural disasters and economic downturn, Forest & Bird maintained the momentum for protecting nature.

Many of our members, supporters and staff suffered hardship and great loss during the Christchurch earthquakes. Our thoughts are with them and we hold sincere hope that Christchurch will be rebuilt as a better city with a strong connection with nature.

Parts of New Zealand’s environment came under intense pressure for economic development. Forest & Bird spoke forcefully to protect our natural heritage for its own sake, for the future of our economic and social well-being and for generations of New Zealanders to come.

With the launch of a new supporter recruitment programme, Forest & Bird membership grew by more than 2000 during the year, the first significant gain in 20 years.

Forest & Bird is a national organisation and draws its strength, mandate and credibility from its local branches, with members actively engaged in conservation in almost every community in New Zealand. This local empowerment, given its voice nationally through the Executive and staff, is the real secret of Forest & Bird’s effectiveness. 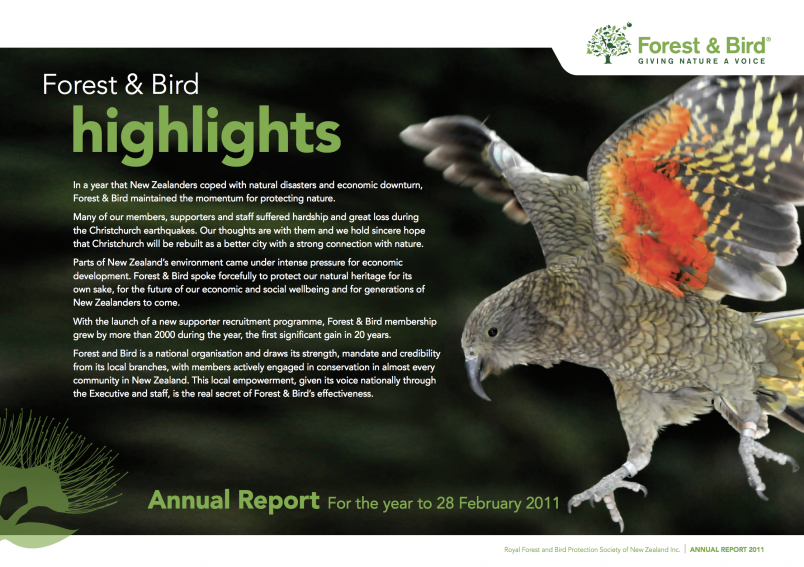