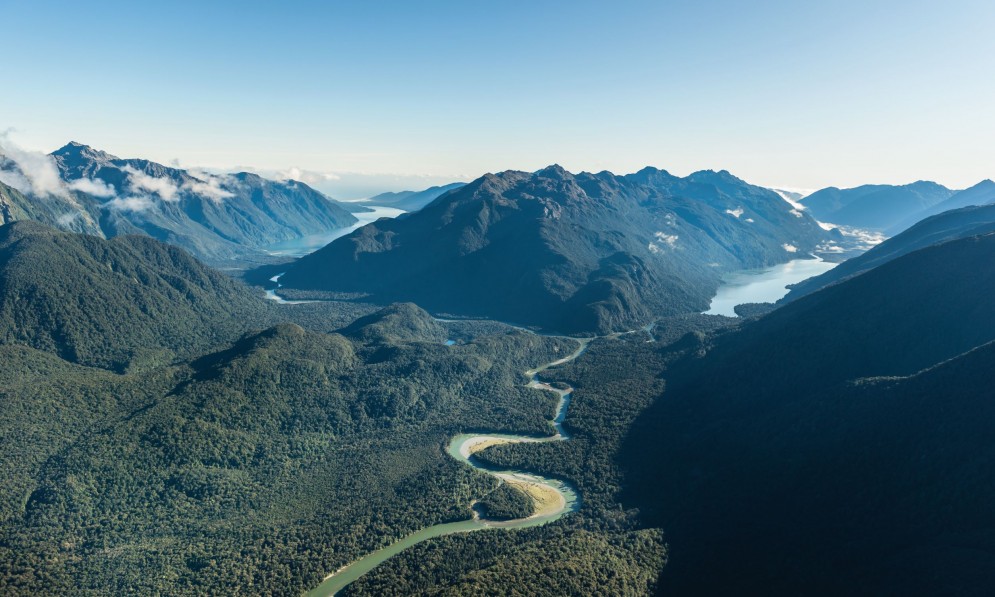 Looking down the Hollyford Valley to the Tasman Sea. On the left, Wakatipu Waitai Lake McKerrow and, on the right, Wawahi Waka Lake Alabaster. Image Hollyford Wilderness Experience www.hollyfordtrack.com

Thanks to the foresight of the Chapman family and others, you can only walk into Martins Bay via the four-day Hollyford Track, a roadless wilderness that connects the Fiordland mountains to the sea. 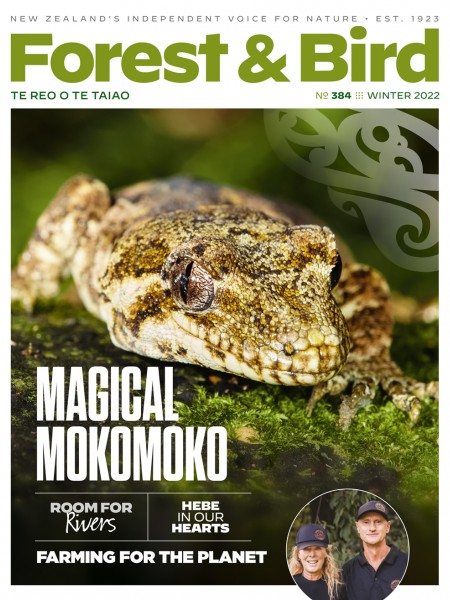 This area in the north of Fiordland National Park used to be moa country. Just a century ago, Martin’s Bay was the scene of a small blue moa sighting, the veracity of which has never been completely disproved – although it was probably a takahē!

Nearby lies the Chapman Reserve, a 20ha parcel of land owned by Forest & Bird. The reserve lies at the northern end of Lake McKerrow next to the Hollyford River as it heads out to the ocean at Martins Bay.

Cloaked in kamahi, rātā, kōwhai, and abundant ferns, the reserve is visible to walkers as they approach the coast from a day tramping the Hollyford Track.

It forms a part of the magnificent forest backdrop that draws those seeking wilderness, tranquillity, and remoteness to enjoy the abundant nature in the area.

While researching Forest & Bird’s 100-year history, I discovered some fascinating facts about how the Chapman Reserve came to be gifted to Forest & Bird in the 1980s. 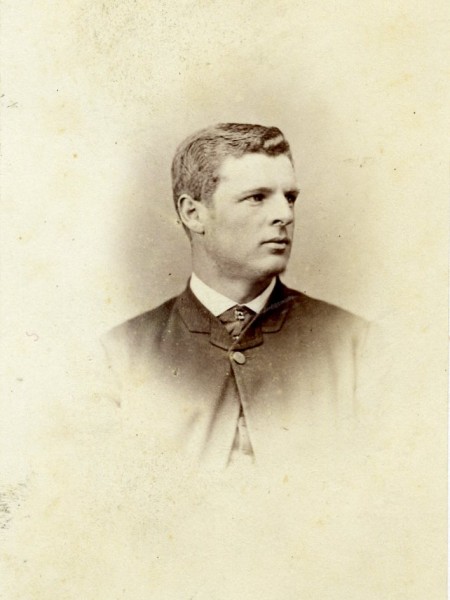 The land was originally purchased by the Victorian artist Ernest Chapman, a New Zealand pastoralist born in Wellington in 1847. He was not a successful farmer, however, and is better known for his landscape painting.

During the 1870s, attempts were made to open up Lake McKerrow’s shores for timber milling and gold prospecting, and a small settlement called Jamestown was built on the northern side of the lake.

It proved to be a failure, with the logistics of landing ships at Martins Bay and ferrying supplies over to the small town being too difficult.

The community struggled on, with frequent talk of a road being constructed from Queenstown, up the Hollyford Valley, and out to sea keeping hopes alive.

Perhaps it was with this in mind that Ernest Chapman bought his parcel of land in 1877, hoping that one day the shipping port would be built at Martins Bay, bringing prosperity to the area. 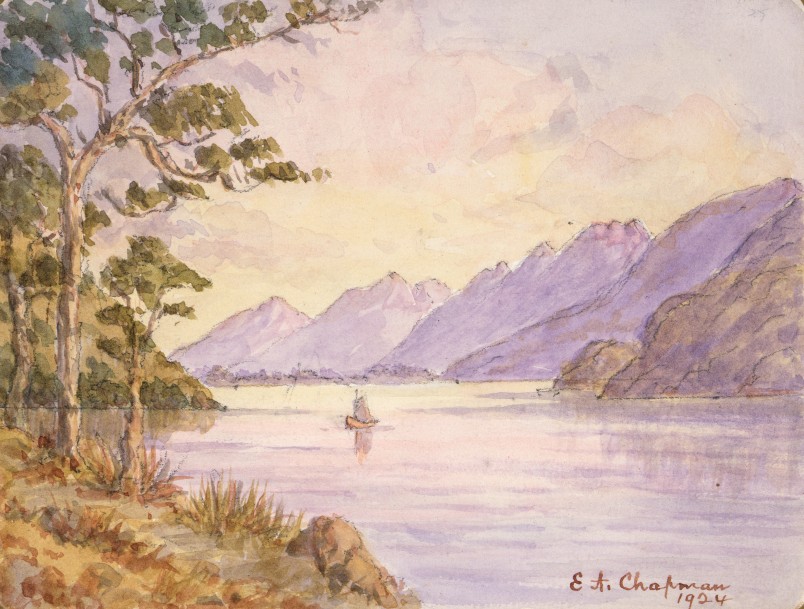 Fortunately for those lucky enough to walk into this isolated piece of paradise, it was never to be – although the idea of building a road through the area connecting Otago with the West Coast continues right into the 21st century.

In 1878, Ernest transferred his interest in the land to his brother Frederick Chapman, who was a lawyer, an ethnologist, and the country’s first New Zealand-born Supreme Court judge.

He must have had some interest in conservation as he had been appointed a wildlife ranger for the Dunedin district in 1876.

During a sailing excursion the same year, Frederick was to enthuse in his diary that the Fiordland area was extraordinarily beautiful, “a glorious sight unsurpassed perhaps on Earth”.

Later knighted, Sir Frederick accepted an invitation in 1934 to become a Vice President of the Society, an honour that recognised his work to protect the country’s forests and birdlife.

Frederick’s land remained undisturbed, effectively becoming part of the newly formed Fiordland National Park in 1904. On his death in 1936, ownership transferred to his daughter Clara Vera Eichelbaum (known as Vera). 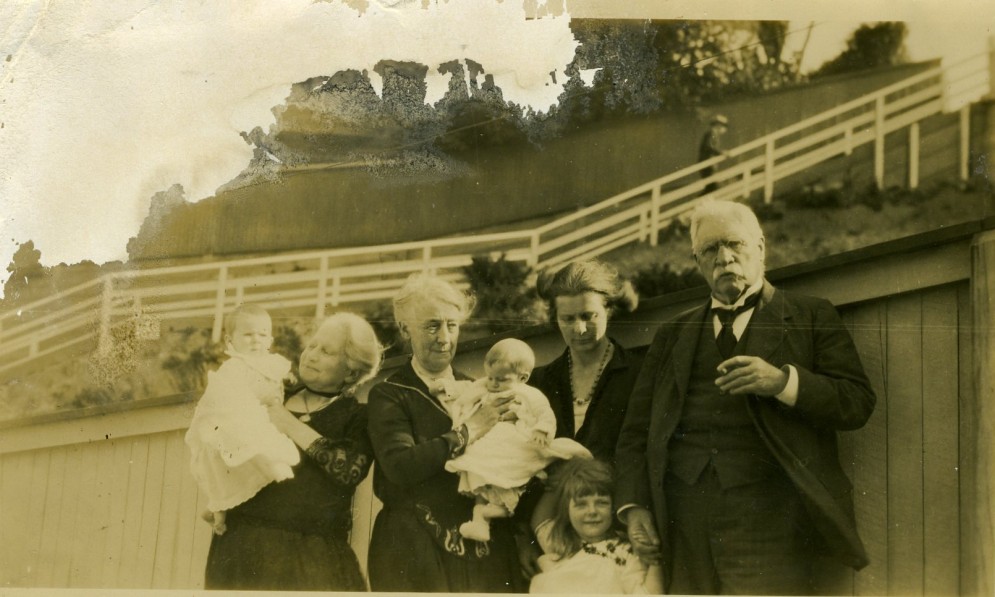 It was held in trust until 1957, when it passed into the collective hands of Vera’s four daughters – Ann, Mary, Margaret, and Catherine. They would later recall how their grandfather Frederick signed them up as junior Forest & Bird members, paying their dues.

Threats of a road continued through the 1970s and 1980s, when successive tourism ministers expressed enthusiastic support. In 2013, the road proposal was seriously revived by Westland Property.

Sensitive to the roading and other development threats in the 1980s, Frederick Chapman’s four granddaughters moved to have the land safeguarded forever. The best way to do this, they considered, was to donate it to Forest & Bird.

The ownership was gifted in 1986, with a Memorandum of Encumbrance signed between the Eichelbaum family and the Society that binds Forest & Bird to protect it in its natural state.

The Chapman Reserve was, and remains, a privately held block within the Fiordland National Park.

In 1989, the Society entered into a Protected Private Land Agreement with DOC, which ensures the land is properly looked after as part of the conservation estate.

Crucially, it also gives the Society special standing if new roading plans or other development is ever contemplated in the future.

Now, and we expect forever, visitors can enjoy the same sublime view down Lake McKerrow from the land that moved Ernest Chapman to paint it so beautifully in 1924. 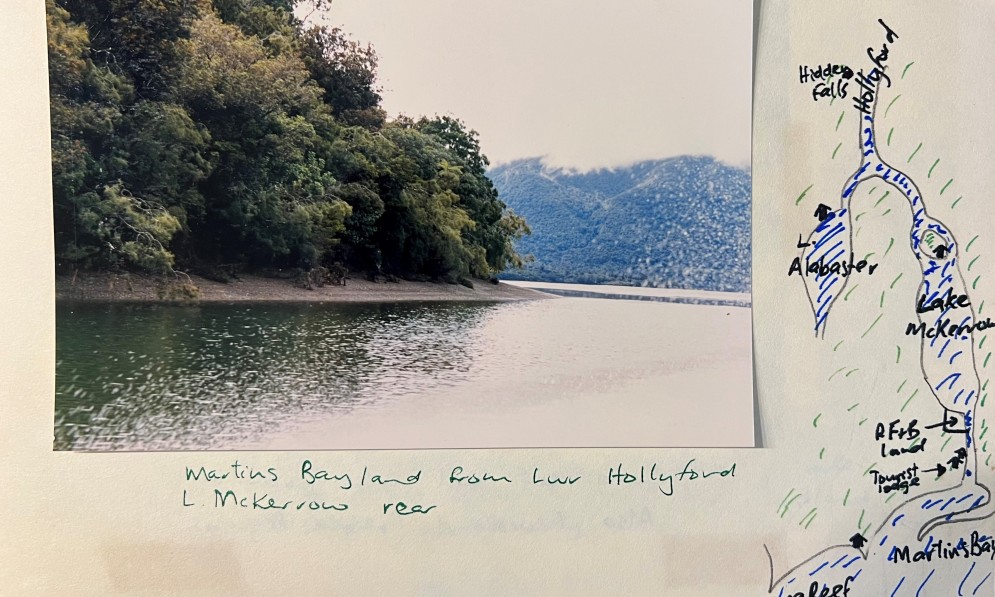 A corner of Chapman's Reserve can be seen in this photo taken by Rachel Patrick, Frederick Chapman's great-grand daughter, in 1987. 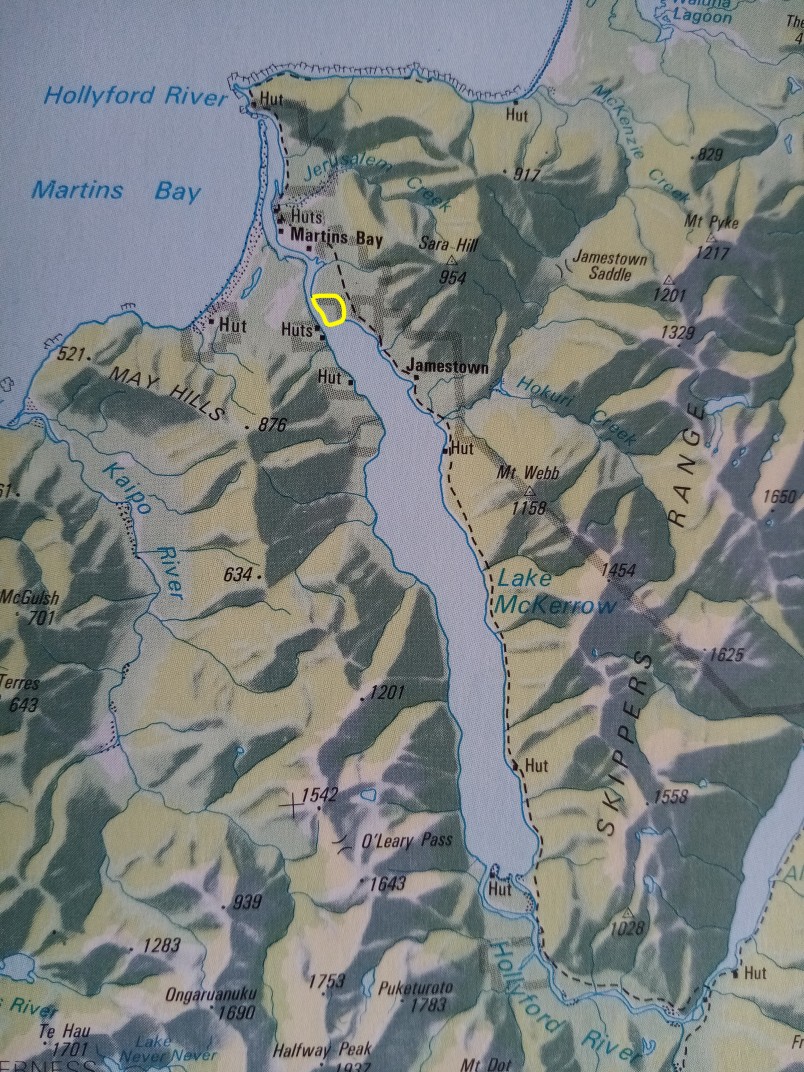 The location of Chapman's Reserve.