Time to talk about cats 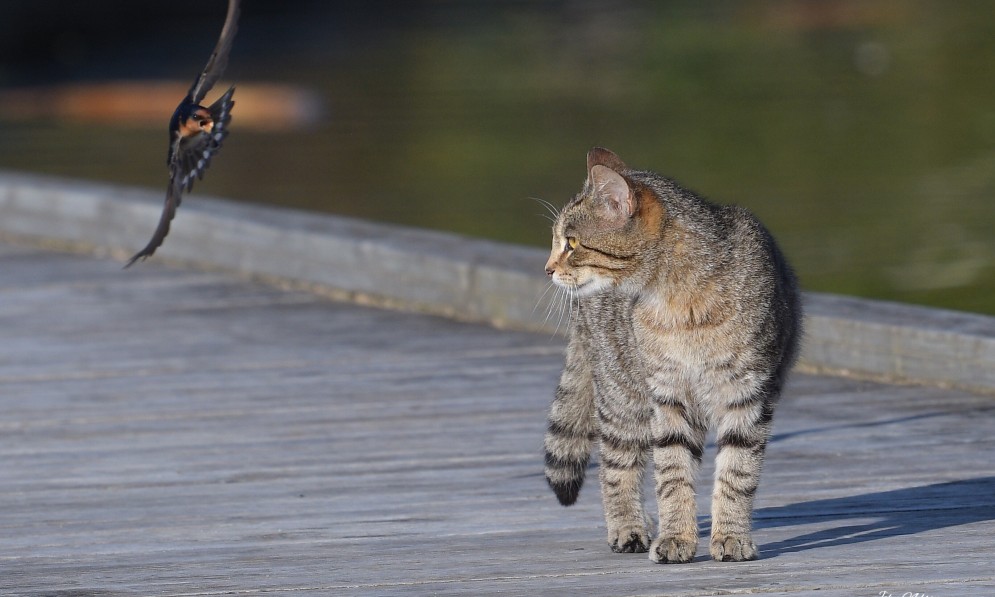 Forest & Bird wants the government to introduce a national Cat Management Act with the mandated registration and desexing of pet cats to protect our wildlife. By Amelia Geary 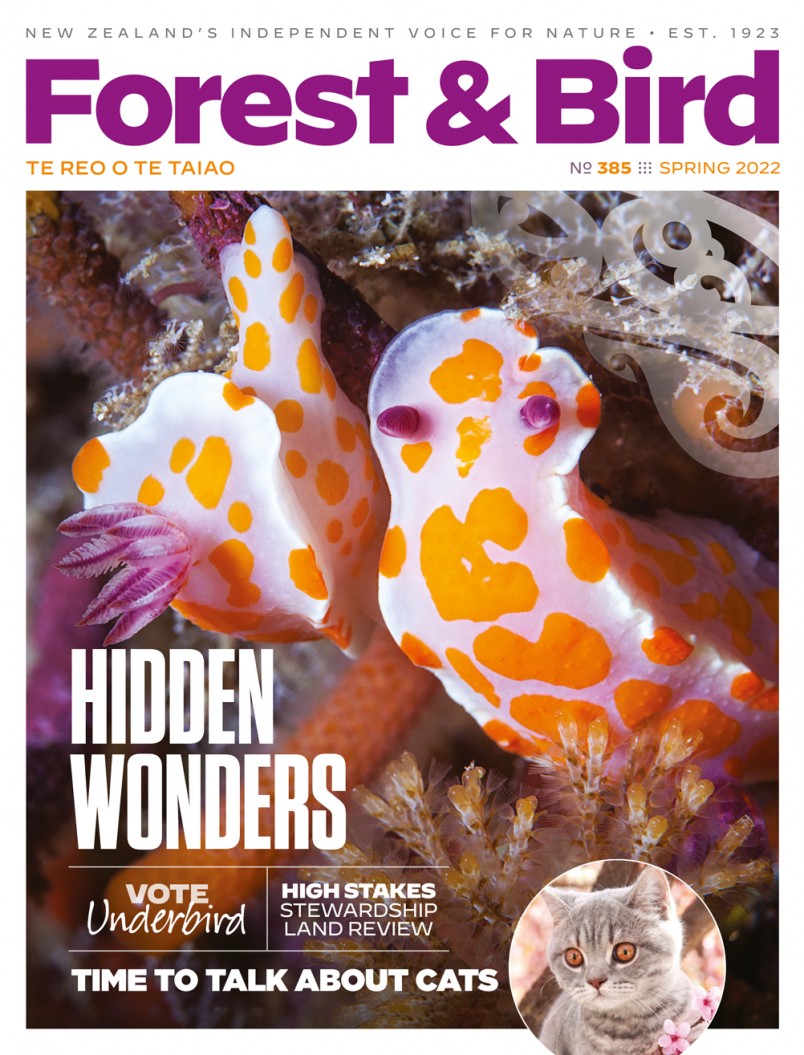 New Zealand is awash with cats. There are thought to be about 1,134,000 companion cats and 196,000 strays in the country. There is no data on feral cat abundance in Aotearoa, but it is widely accepted they number in the millions.

For example, a tūturiwhatu banded dotterel population at Kaikōura faces a constant onslaught of cats, both feral and domestic. In one season, the birds built 46 nests but only two chicks made it to adulthood. The rest were wiped out, most of them by cats.

Trappers from Te Manahuna Aoraki project, who are trying to protect the last few hundred nationally critical kakī black stilts in the Mackenzie Basin, have eliminated more than 770 feral cats over the last two and a half years.

Cat dumping at Mangamingi has been a continual source of frustration for Forest & Bird’s South Taranaki Branch, where they are trying to protect kiwi in the face of a continual slew of dumped cats, many of which are sick and starving.

Last year, the owners of Tunanui Station, west of Napier, trapped and shot more than 400 feral cats, many of which were abandoned pregnant females.

We love our cats. They are the pet we are most likely to own, but more needs to be done to manage them and stop the huge armies of feral and stray cats ripping through our wildlife.

Cats also carry zoonotic diseases that spread between animals and humans. There is something we can do to improve the situation. Introducing a Cat Management Act would normalise the responsibility that comes with cat ownership, as the Dog Control Act 1996 does for dogs.

We’d like the Act to include compulsory desexing and mandatory microchipping. Ideally, it would also include a three-cat limit per household.

A Cat Management Act would give certainty to cat owners and regulators alike, while improving the welfare of all cats and local wildlife.

The reproductive potential of a single female cat is estimated at 300 kittens in her reproductive lifetime. The potential for a male cat is far beyond that. Compulsory desexing of cats is an obvious way to reduce the unwanted cat population.

Microchipping is a well-supported cat management tool in New Zealand. The Ministry for Primary Industry’s recommended best practice is that cats should be identified with a microchip.

Given microchipping is compulsory for dog owners, few truly loving cat owners will be put off by the cost of microchipping to ensure the protection of their companion animal.

It also presents an opportunity to educate cat owners, who may be oblivious to how far their cats are roaming and the consequent impact on local birds and lizards.

Animal welfare charities support the need for a national Cat Management Act. In 2021, Companion Animals New Zealand said an Act would “allow for a significant improvement in the lives of New Zealand cats”.

In 2022, the SPCA published a peer-reviewed article about free-roaming cats in the journal Animals that concluded the best outcome for cat welfare and wildlife protection would be through a National Cat Act. 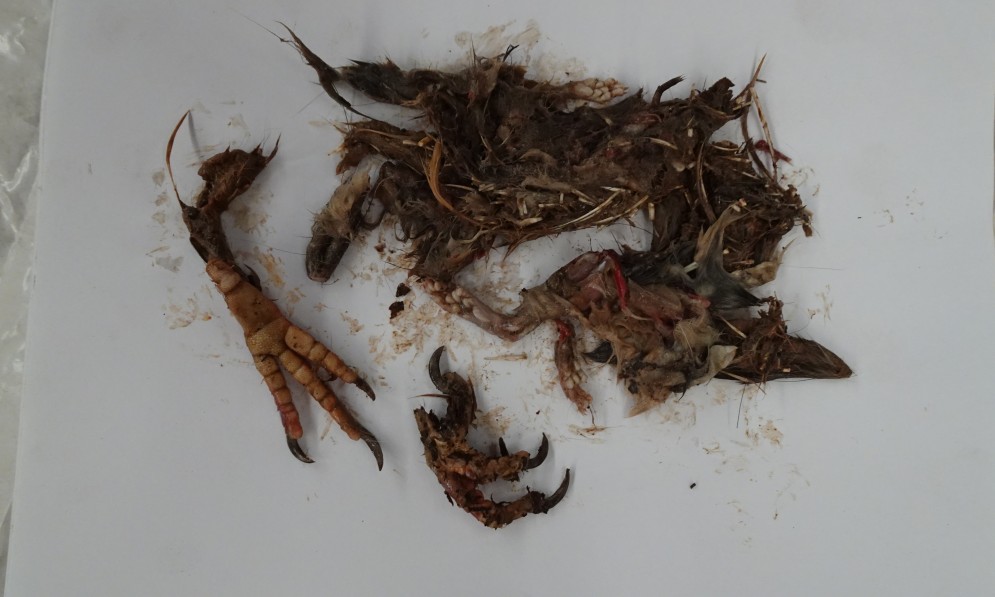 The remains of a kererū were found in the stomach of one trapped feral cat recently. Two tagged kiwi are thought to have been killed by cats in Kaweka Forest Park. Image supplied

Currently, most councils are reluctant to regulate cats in their areas despite evidence showing that doing nothing leads to animal cruelty, nuisance, the spread of disease, and biodiversity loss.

For example, Waipā District Council did not regulate cats through its bylaw review even though domestic cats are threatening endangered North Island kokako. 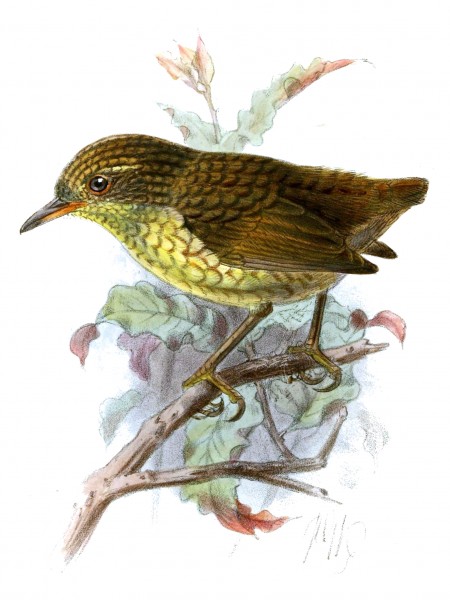 Feral cats caused the extinction of the Lyall’s wren on Stephens Island in the Marlborough Sounds in 1895. It was New Zealand’s only known flightless songbird. The last of the cats were removed 30 years later, but it was too late to save the species. Illustration: Lyall’s wren by John Keulemans, 1885.

Some councils, including Auckland and Dunedin, have recently ruled cats out of scope before the public even had the chance to submit their views (see below).

Those that do attempt to regulate cats are doing so in a fragmented and inconsistent way.

For example, Wellington City and Selwyn councils have bylaws for mandatory microchipping but no limit on numbers of cats per household and no requirement to desex.

Tararua District has a three cat per household limit and requirement to desex but does not require microchipping.

Eighteen councils have cat limits, ranging from two to five, but few councils have put up additional funds to enforce their own bylaws.

Why is local government struggling to act? The answer is that cat control is an emotive issue littered with misinformation and misunderstanding. Most councils have put it in the too hard basket, especially in the absence of clear, nationally consistent guidance.

But we know this can change. Because that’s what happened with dog control.

Thirty years ago, dogs roamed the streets, and everyone thought it was normal. Then, in 1996, the government passed the Dog Control Act, making dog registration mandatory and councils responsible for the control of dogs. It improved dog welfare and made the public safer.

The social licence to own a companion cat and let it have litters of unwanted kittens, eat endangered birds and lizards, spread disease, and get into fights is waning, as it did for dogs.

In a recent survey, 85% and 90% of participants agreed that action should be taken towards controlling feral and unmanaged stray cats respectively.

Forest & Bird believes national legislation is the only viable solution for achieving consistent rules that cat owners will trust and councils can enforce without it costing the Earth.

The time is right for government ministers to step up and introduce a Cat Management Act to improve the lives of cats and our precious wildlife.

Earlier this year, Parliament’s Petitions Committee invited Forest & Bird to make a written submission commenting on the issues raised by a petition submitted by Erica Rowlands, who called for the mandated registration and desexing of pet cats and kittens. In August, Forest & Bird was also invited - and made - an oral submission to the Environment Committee on Rowlands’ petition. 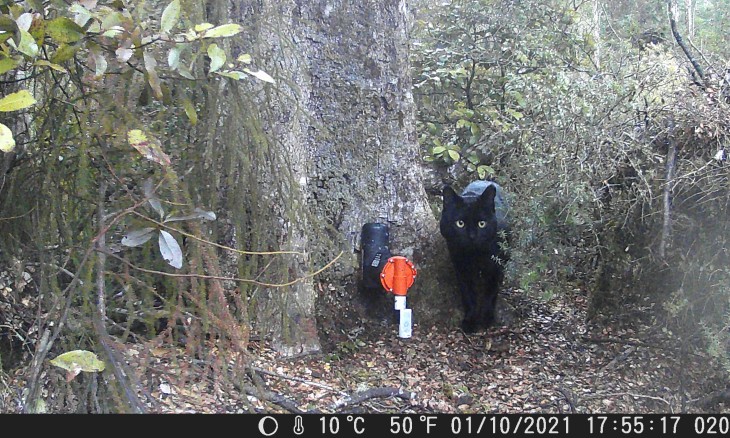 A Keeping of Animals Bylaw created under the Local Government Act is currently the best tool available to district and city councils for regulating domestic cats.

Whanganui District Council has the strongest cat regulation in the country, with a three-cat limit and compulsory microchipping and desexing of any cat over four months old. Palmerston North is the only other council in the country with a similarly rigorous bylaw. 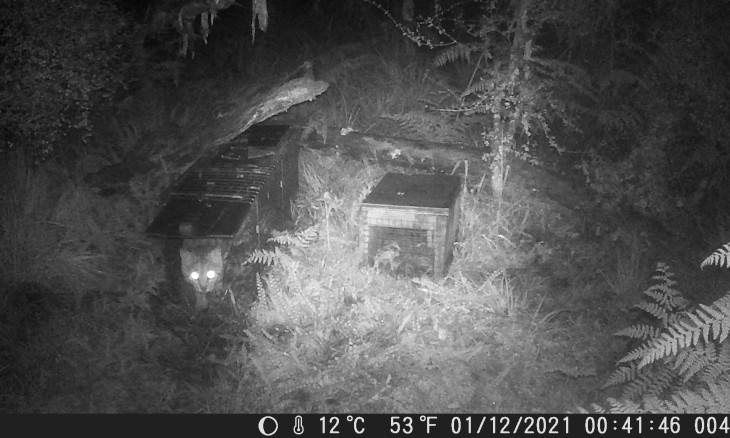 Recent experience demonstrates that these kinds of restrictions are not controversial. In fact, they are strongly desired by some communities.

In 2021, for example, Whangārei District Council consulted the public about new cat regulations. Of the 1412 submissions received, the vast majority (1318) supported desexing, while 1287 supported compulsory microchipping and registering. 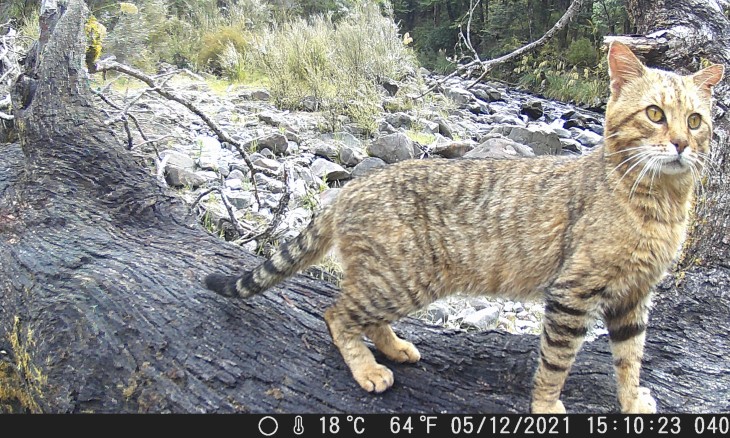 The following May, Whangārei councillors voted to introduce mandatory microchipping and desexing into its Keeping of Animals Bylaw.

They also approved $87,000 per year for an Animal Compliance and Education Officer, noting that this funding would provide for education and compliance management.

Forest & Bird regularly makes submissions to councils when they review their animal bylaws. We have noticed public submissions consistently raise the need for cat regulation – but some councils are citing the absence of a national direction as an excuse not to regulate cat ownership.

Auckland Council notified its Animal Management Bylaw review last year but explicitly stated cats were not within scope. It said: “Council has ... determined that suggestions about registration and microchipping of cats require central government legislation similar to the Dog Control Act 1996 to be effective.”

“The Dog Control Act 1996 contains express provisions for Council to prescribe how dogs are to be controlled in public places. There is no equivalent specific legislation that applies for the control of cats in public places.”

Despite marketing itself as the Wildlife Capital of New Zealand, Dunedin did not introduce cat-specific clauses into its bylaw. 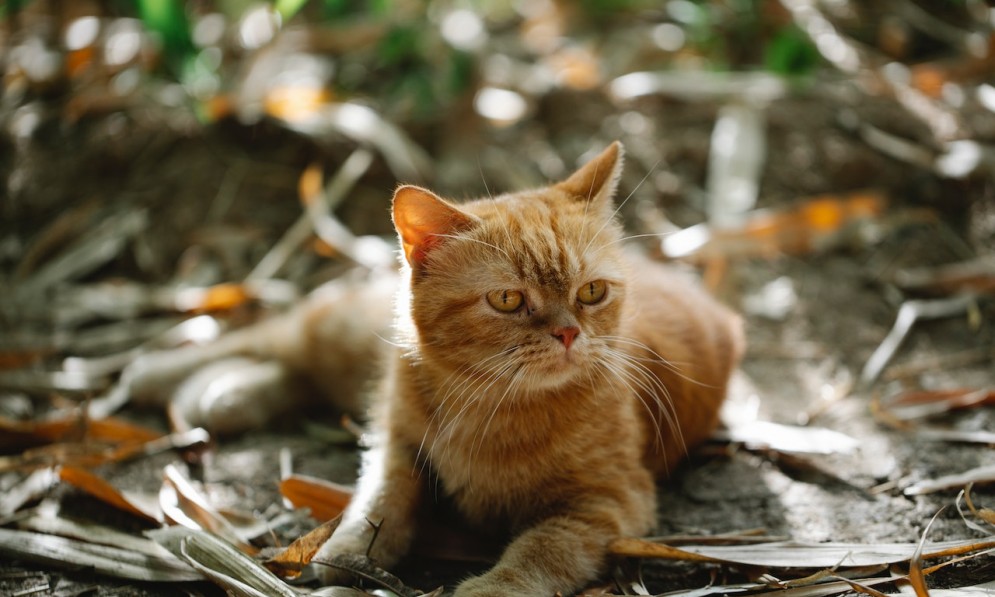 What kind of cat am I?

This article talks about three different kinds of cat:

A Cat Management Act would help stop companion and stray cats transitioning into feral cats. It would reduce the risk of them starving to death or being trapped and killed in the bush.

Help us advocate for a national Cat Management Act by making a donation today at www.forestandbird.org.nz/actforcats.

Let us know what you think! Do you agree with the need for a Cat Management Act? Are feral cats destroying biodiversity in your backyard? Send examples or tell us how birdlife recovered when feral cats were removed from the bush.
Email editor@forestandbird.org.nz.