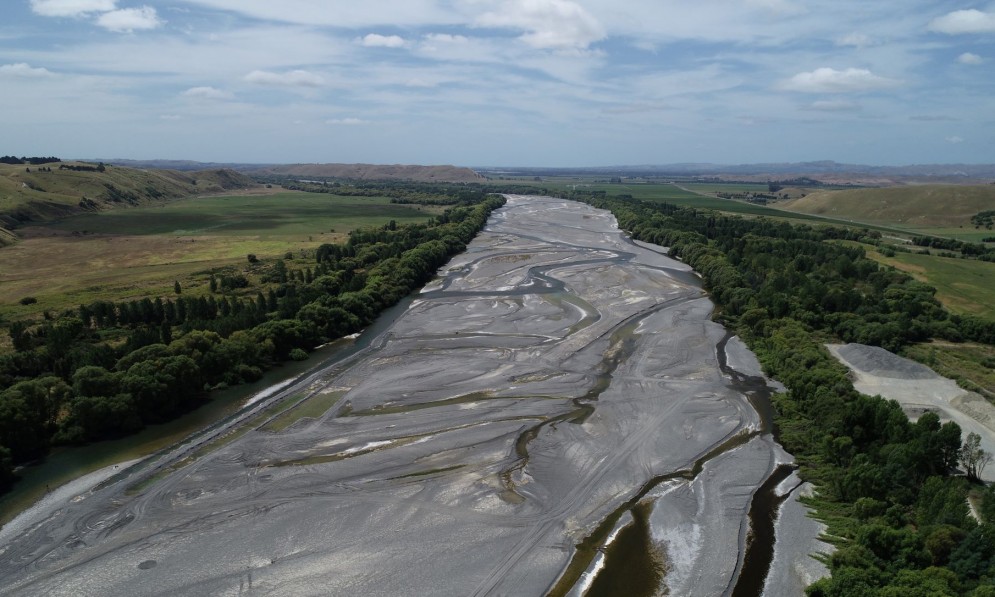 Forest & Bird is celebrating an Environment Court report released today that recommends a Water Conservation Order (WCO) for the entirety of the Ngaruroro River.

The report recognises the outstanding native bird habitat in both the upper and lower river.

Forest & Bird’s freshwater advocate, Tom Kay, says the decision is a win for the health of the river.

Mr Kay says, “Braided rivers like the Ngaruroro are rare in the world. While we have several in the South Island, to have one in the North Island of Aotearoa is extremely special.

“The upper reaches of the Ngaruroro are about as close as you can get to ‘pristine’. The landscape is incredible, the water is crystal clear, the habitat is outstanding for whio blue duck, and there are excellent opportunities for whitewater kayaking and rafting.

“The braided reaches of the lower river, and the estuary it flows into, are home to many threatened bird species, including kōtuku white heron, matuku hūrepo Australasian bittern, pohowera banded dotterel, and the tarāpuka black-billed gull – the world’s most endangered gull.

“A WCO ensures the river is recognised and protected for future generations.”

In 2019, the Special Tribunal who heard the application recommended only the ‘upper’ section of the river be granted a WCO.

Forest & Bird appealed that recommendation in the Environment Court, seeking the entire river be recognised. The case was supported by the Department of Conservation.

Today’s report from the Environment Court made findings in favour of Forest & Bird’s case, recommending the entire river be protected with a WCO.

The report will go to the Minister for the Environment, David Parker, once further drafting refinements have been addressed by all parties. The Minister will then make a recommendation to the Governor-General on formalising the WCO by Order in Council.

When the WCO is gazetted, the Ngaruroro River will benefit from further protections via prohibitions on damming, limits on alteration to the flow and form of the river, limits on measures of water quality, and fish screen requirements for water takes.

Mr Kay says he is glad to have finally reached this stage in the process and is looking forward to the outstanding values of the Ngaruroro being recognised and factored into future discussions about freshwater in Hawke’s Bay.

“It’s been a challenging process facing vocal opposition from some lobby groups, as well as the Hawke’s Bay Regional Council, who have spent over $1.1 million pushing back against the proposal since 2016.

“Given the national direction to give effect to Te Mana o te Wai and prioritise the health of water bodies above any extractive uses, we expect any controversy around the requirements of the WCO to maintain the existing state and quality of the river to fade away.”

Some values originally put forward by the applicants for the river were not included in the recommendation for a WCO. For example, the cultural significance of the river to Operation Pātiki Ngāti Hori ki Kohupatiki was not deemed to be outstanding by the Special Tribunal at an earlier stage in the process. However, Operation Pātiki Ngāti Hori ki Kohupatiki, led by Aki Paipper, are now seeking other ways to recognise the significance of the river to their people, including asking the New Zealand Geographic Board Ngā Pou Taunaha o Aotearoa to change the name of the Clive River (the historic Ngaruroro channel) to Mokotūāraro, to reflect its original name, Ngaruroro Moko-tū-ā-raro-ki-Rangatira.

There are 15 water bodies around New Zealand that have Water Conservation Orders for their outstanding values.

Drone footage and photos of the lower river are available here.