Why irrigate when we can innovate? 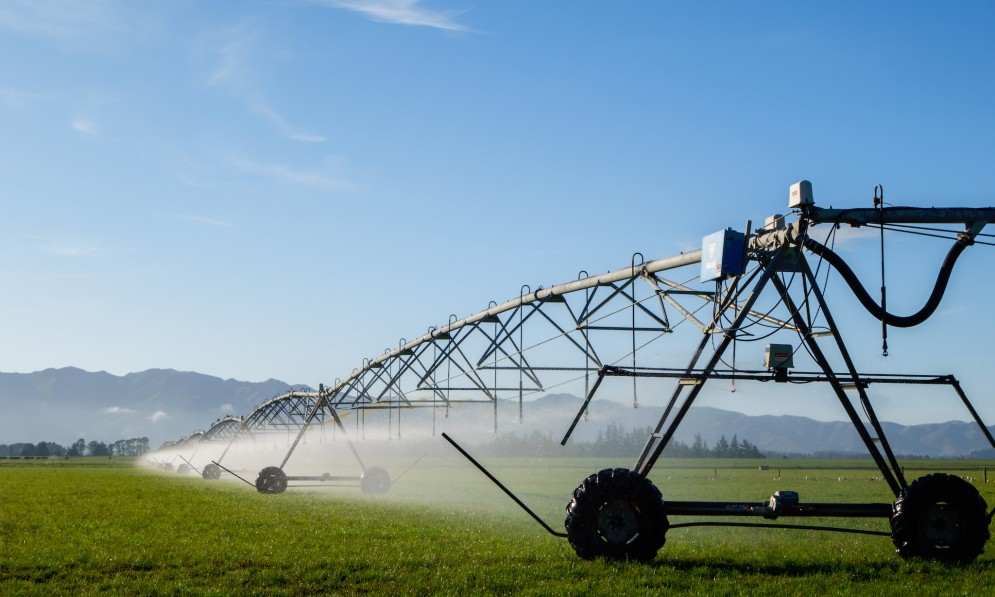 Forest & Bird is calling on the government to stop subsidising large-scale dam and irrigation projects to help restore the health of our rivers, lakes, and streams, as Annabeth Cohen explains.

A raft of taxpayer-subsidised dam and irrigation projects are being planned across the country from Northland to Otago, according to a Crown Irrigation Investments Limited briefing report released under the Official Information Act.

Forest & Bird believes the hundreds of millions of dollars of taxpayer subsidies needed to develop and build these 11 schemes would be better spent helping farmers move to more sustainable farming practices that require less water and have less impact on the environment.

We would like to see a prompt winding down of the Crown Irrigation Investments Limited (CIIL) Fund and the Irrigation Acceleration Fund, and the redirection of $480m of public money earmarked for irrigation into policies that improve freshwater management and sustainable farming methods.

The CIIL-backed schemes include five in Canterbury alone: Central Plains Water, the Hurunui Water Project, Hunter Downs, Emu Plains, and OTOP (see map). Canterbury already has 500,000ha under irrigation, and the region uses almost 65% of all the water allocated from rivers, lakes, and aquifers for irrigation in New Zealand, according to the Ministry for the Environment and Statistics NZ.

This water take has caused many of Canterbury’s lowland spring-fed waterways to dry up and disappear. Nationally, land use intensification, which occurs with irrigation, has led to greater fertiliser use and animal effluent run-off, polluting rivers, lakes, and streams.

The government to date has preferred to place the burden of environmental clean-ups on taxpayers rather than polluters. In effect, the public pays three times – once to subsidise the dams that intensify land use; then again for declining water quality, lost recreational opportunities, and illness; and thirdly to fund river and lake clean-ups.

Forest & Bird is calling for the introduction of an effective polluter-pays model to clean up our rivers, lakes, and streams. And we are asking the Minister for Regional Economic Development, Shane Jones, to ensure the new Regional Development Fund cannot apply to new irrigation schemes or supplement funding for previously funded but yet to be started schemes.

The CIIL Briefing to Incoming Ministers report lists six further irrigation schemes planned for other drier parts of New Zealand, including the Wairarapa and Otago. Forest & Bird is concerned about the economic cost of building these will inevitably see land intensification at nature’s expense.

For example, CIIL has spent $3.62m in development funding for a $250m irrigation scheme in the Wairarapa that would see two dams built at Black Creek, a tributary of the Waingawa River, west of Masterton. This proposed water storage scheme, which is intended to boost agriculture in a drought-prone region, is being promoted by a local group of irrigators called Water Wairarapa.

Wellington Regional Council put $660,000 of local ratepayers, money into developing the dam in its 2017/18 budget, but no consents to build anything have been approved. And there is lots of evidence that the economics of the scheme don’t stack up.

“The problem we have is a disconnect between the price that farmers can pay and the likely cost of the dam and what investors will want as a return. Alarm bells started to ring for us when we worked out that the price of water was so expensive that even dairy farmers can’t afford it.”

Economist Peter Fraser, who was hired by Fish & Game to look at the project, said: “The problem we have is a disconnect between the price that farmers can pay and the likely cost of the dam and what investors will want as a return. Alarm bells started to ring for us when we worked out that the price of water was so expensive that even dairy farmers can’t afford it.”

Dams and irrigation schemes, whatever their size, generally wreak havoc on the natural environment. They change the way the river flows, affecting the animals that live and feed there. Some native fish at risk of extinction, such as the torrent fish or the bluegill bully, thrive in fast or deep water. With a dam in place, the river flow generally reduces and the concentration of pollution increases.

Freshwater ecologist Dr Julian Olden, from the University of Washington, is an expert in dams and environmental flows. He was the keynote speaker at the recent New Zealand Freshwater Science Society conference, where he explained how dams cause a multitude of environmental and social impacts, including blocked fish migration, disrupted sediments, and hazards from ageing concrete structures. Downstream effects include reduced biodiversity, poor water quality, and compromised fisheries.

He said some developed countries, such as the United States, are now recognising the negative impacts of large-scale hydro-engineering projects and are decommissioning their ageing dams, allowing rivers to be restored to their previous natural state.

Our Lower North Island regional manager, Tom Kay, said: “We have real concerns with Water Wairarapa’s proposed scheme and have never been satisfied with the arguments put forward as justification.

“Let’s not waste our time with this. Large-scale irrigation schemes don’t produce improvements in biodiversity or environmental flows, and they can’t happen without public subsidies. It’s time to move on.”

Why dams won’t drought-proof our farms

Opuha Dam, in South Canterbury, was built in response to several serious droughts in the late 1980s and early 1990s. The dam and its irrigation scheme resulted in a significant increase in land use intensification and a significant reduction in water quality, impacting on recreational and in-stream ecological values, including fisheries. 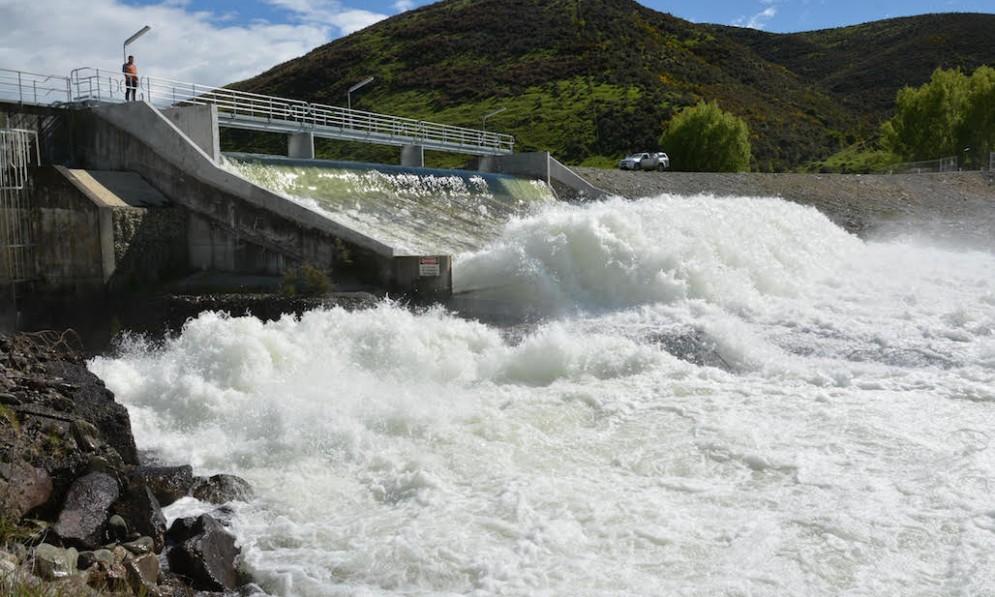 When drought struck in 2015, the over-committed Opuha dam reservoir dried up and all 250 irrigation takes had to be shut off. There was another drought the next year, and summer takes were restricted by 50%.

This summer has again seen high demand on Opuha’s water storage dam. By early January, the scheme’s operator was recommending a reduction in the environmental minimum flows of the local river.

Proponents of water storage schemes often talk up the potential benefits but largely ignore the economic and environmental impacts. It’s rare that an analysis produced by a developer will present an estimate of the cost to farmers should things not go to plan in a drought.

Heavily indebted intensive farms rely on large-scale water storage dams to maintain high levels of production. But when drought compromises the supply of that water, those who have invested the most in intensive farming find themselves worst off.

Because so much extra capital investment is suddenly at risk, the scheme’s owners may look to protect their investment by overriding the environmental limits that protect the ecological health of our waterways, as has happened at Opuha.

Opuha’s river plans detailed the “flushing flow” as a solution for toxic or nuisance algal growth caused by taking too much water out of the river and putting so much extra agricultural pollution into it.

In the 20 years that Opuha Dam has operated, it has struggled to store enough water to proceed with flushing flows at a frequency that would make a positive difference. Scientists have observed that, since the dam was built, the river’s life-supporting capacity has significantly declined.

Opuha provides a glimpse into the future for dam technology in the face of climate change. The likelihood that a dam will be reliably full and viable economically while having enough water for the needs of the environment during extended dry periods, is questionable.

Even with the support of public taxpayer subsidies, an enormous intensification of land-use is required for farmers to generate the funds (or justify the loans) needed to purchase water at subsidised prices.

If alternative solutions to a dam are analysed (and they tend not to be), the studies often assume that communities will make no attempt to innovate in response to changing conditions – despite a long history of farmers profitably doing exactly that (see right).

Forest & Bird has learned the Amuri Irrigation Company (AIC), a private business, plans to “partner” with Canterbury Regional Council to allow for a dam in the Glenrae catchment in the Hurunui River, in North Canterbury.

AIC says it is promoting the new dam to provide a reliable water supply in times of drought for farmers. AIC is simultaneously seeking to delay the implementation of higher minimum environmental flows in the Hurunui River.

The minimum flows, which have been set by the council in the Hurunui and Waiau River Regional Plan (HWRRP), were supposed to be introduced “sooner rather than later” to improve the river’s ecological health. But if AIC has to comply with the new limits, it won’t be able to take as much water and farmers may see a loss of productivity.

The company wants a plan change to make a new water storage dam easier to consent. Meanwhile, the Hurunui Zone Committee has recommended delaying the implementation of the minimum flows until 2026.

Forest & Bird’s general counsel, Peter Anderson, said: “We believe that the dam in the Glenrae is something of a smokescreen. The Ruataniwha experience tells us that dams like Glenrae face significant consenting, access, and economic issues. There is no prospect of a dam in the Glenrae for many years to come.

Forest & Bird has written to Canterbury Regional Council chief executive Bill Bayfield, setting out our concerns about both the “partnership” and the delayed implementation of the minimum flows.

“We are strongly opposed to any partnership between a private developer and the council. Such capture is both unlawful and undermines public confidence in ECan to fulfil its role as independent regulator.

“We also think the minimum flows should not be ignored on the whim of the Zone Committee following a process that did not consider the requirement of either the RMA or HWRRP, and only consulted AIC but no other stakeholders,” says Jen Miller, Forest & Bird’s conservation manager for Canterbury.